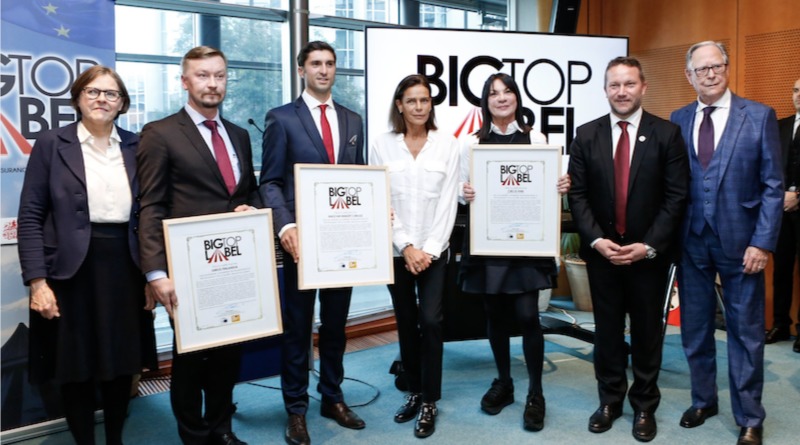 The BigTopLabel was initiated to provide quality certificates for traditional circuses in Europe. The program aims to distinguish between high and low quality circuses and ensure that circus companies in Europe meet the highest artistic standards including the EU’s standards of animal care.

H.S.H. Princess Stéphani, Honorary president of the Federation also participated at the event. Commissioner Mariya Gabriel and the President of the European Parliament, Mr. Sassoli, had bilateral business meetings with her Highness where the main topic was circus arts.

According to the Federation Mondiale du Cirque’s  news release, “European politicians and policy makers  are more and more familiars with the importance, tradition, special features and needs of the circus industry.”