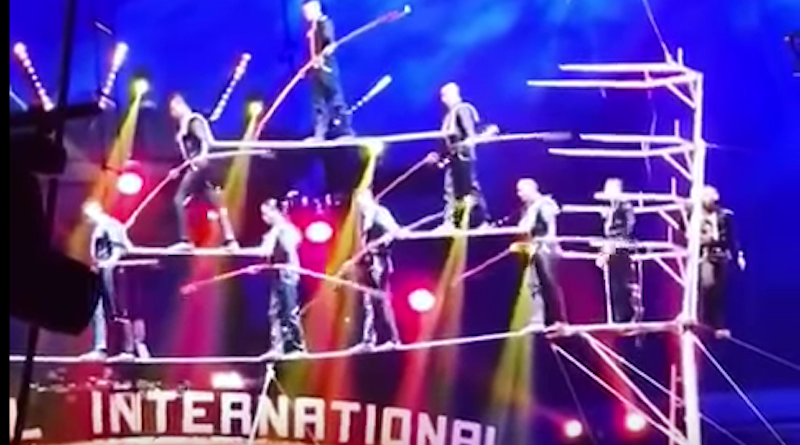 It’s a miracle that nobody got seriously injured on Sunday at the Monte-Carlo Circus Festival, when four members of the Colombian troupe, The Gerlings fell 5 meters.

The accident was captured on video from two different angles:

The troup were trying to break the world record. The artists attempted to line eight tightrope walkers into a pyramid and thus beat the world record of currently seven. The accident occurred when the last acrobat climbed on the shoulders of one of his partners, lost balance and fell. Only one of the tightrope walkers was injured, suffered a wrist fracture and was operated at the Princess Grace Hospital in Monaco.