Tragic Accident at the IDOL Circus Festival in Moscow 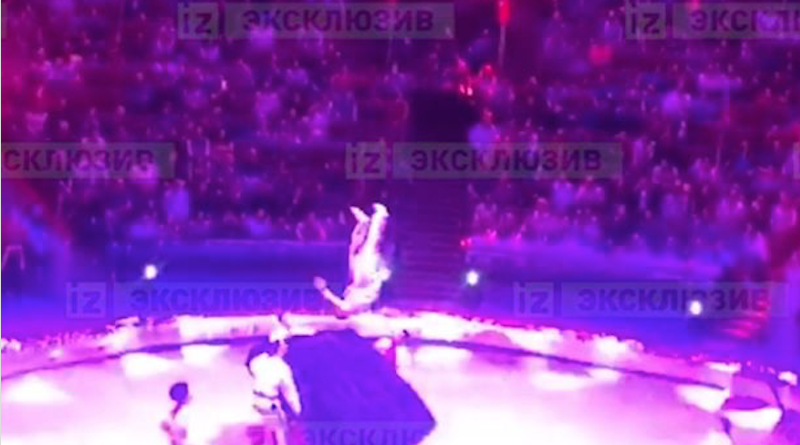 One of the acrobats from the North Korean Teeterboard Troupe landed on his neck during his attempt to execute a sextuple somersault from the board to the mat at the IDOL Circus Festival in Moscow.

The acrobat in Competition B from the Teeterboard Acrobats led by Kim Kang Chol was trying to set the world record of performing a sextuple somersault – which has never been performed by a circus artist before.

The accident was captured on camera as the North Korean acrobat’s second attempt went tragically wrong. He was not able to complete his final rotation and landed on his head. He immediately lost consciousness, as his teammates came to his rescue and carried him out of the ring.

He was rushed to the hospital, and sources say that he may be paralyzed for life.

The North Korean Teeterboad Acrobats won the GRAND PRIX from the Professional Jury and the GOLDEN AUDITORIUM prize from the audience.