World Circus Day 2020 Canceled Due to the Pandemic

In a letter from the Fédération Mondiale du Cirque, many learned on March 25th of the cancellation of the beloved event World Circus Day, originally scheduled for April 18th, 2020.

In the letter, President Urs Pils and Executive Director Zsuzsanna Mata said in response to the COVID-19 virus “Under such circumstances, the FÉDÉRATION MONDIALE DU CIRQUE feels responsible and obliged to CANCEL for the 18 April the WORLD CIRCUS DAY 2020 celebrations. Thanks for the registrations already done on FMC’s website before the outbreak of the epidemics. We hope and wish that the pandemic finishes the soonest possible, and soon after normal activities could be recovered.”

They urge the circus sector to take action locally to secure funding, stating,”FMC in collaboration with its members urges politicians, national governments to ease the losses our industry faces. Solidarity and coordinated actions are more important than ever among the stakeholders to raise attention and urge the governments to provide temporary financial support to the cultural sector, circuses included.”

Included in the email to newsletter subscribers was a separate letter from Princess Stephanie of Monaco calling for solidarity among World Circus Community members saying the pandemic has threatened a way of life and put everything on standstill.

The letter from Pils and Matta ended with a hopeful suggestion that there is a possibility for a reschedule of World Circus Day event in the fall should the pandemic wane worldwide by that time, and an inspiring message, “Circus faced huge troubles many times in the 250 years of its modern history. But the circus people’s endurance, devotion and capability always had been the token to overcome the problems.” 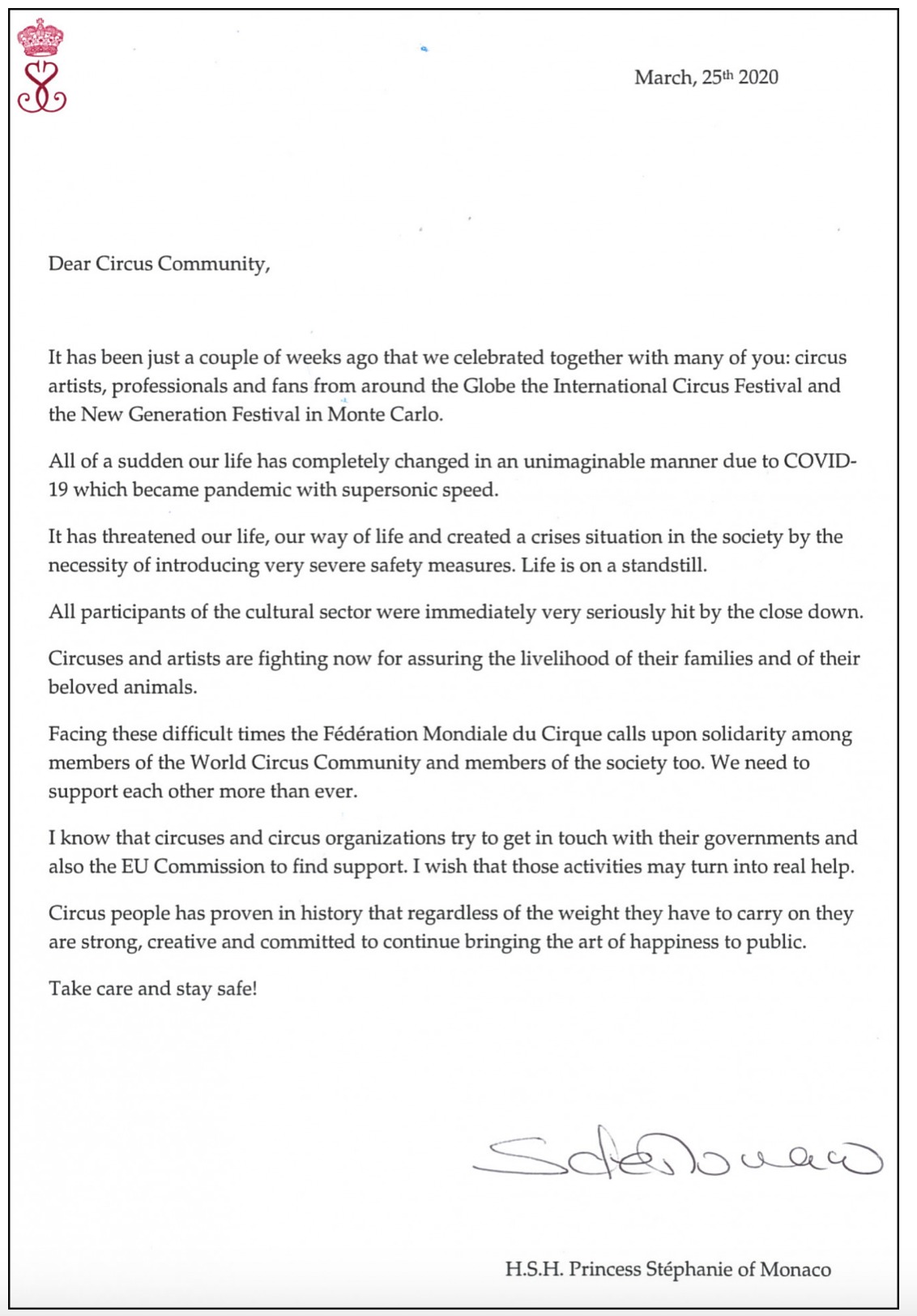 Wake Up Call for Inclusion 02 – The Change

June 23, 2020 Johnathan L. IversonComments Off on Wake Up Call for Inclusion 02 – The Change

Dr. Tobie Stein’s book Racial and Ethnic Diversity in the Performing Arts Workforce starts with a striking statistics: ”In 1996…

June 22, 2020 Sierra Rhoades NichollsComments Off on Meet the Graduate from SKH – Stockholm University Of The Arts Department Of Circus – Elaine Briant
Opinion Spotlight

On Racism and Representation

June 18, 2020 Majo CazaresComments Off on On Racism and Representation
Panels and Discussions Spotlight

June 12, 2020 Johnathan L. IversonComments Off on Wake Up Call for Inclusion 01 – Institutional Barriers and Individual Biases in the Performing Arts