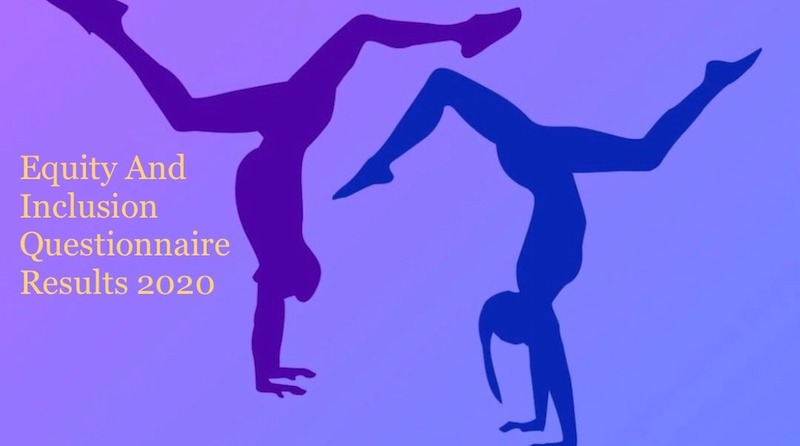 To examine how Circus broadly approaches equity and inclusion in North America, a survey was generated and distributed online. Respondents answered questions across categories of comfort, diversity, bias, professional experience and expertise, and demographics to gauge whether significant differences in subjective personal experience existed between artists. The data was then collated, analyzed, visualized, and displayed. Respondents indicated significant differences in experiences when it came to categories of bias, diversity, and grants/scholarships but little difference in professional and comfort categories. Open ended questions indicated a desire for more inclusive policies in circus spaces, inclusion of “sliding-scale” and other alternative payment options, a larger number of people of color in executive positions, elimination of hiring biases, and higher levels of racial equity training for circus staff and students.

Circus has been a staple of American Entertainment since its founding. Indeed, digital databases likeCircus in America: 1793-1940 catalogue the wide array of circus acts through American history and how they are influenced by the zeitgeist of the world in which they are performed. Through these primary sources, it is clear that circus is a “microcosm of society,” complete with the complexities of the settings  in which it is performed. From the side show to the use of animals, the circus has evolved with people’s tastes and tolerances. It has reflected society’s attitudes toward entertainment, comedy, race, class, ethnicity, and the unknown.

In light of increased national focus on racial justice and the public lens on institutional racism, it is an important time to take the temperature of circus’ role in these systems. Circus has often been trumpeted as the “paragon of inclusion”. Indeed, the idea that anyone “can run away to join the circus” implies that the institution is for everyone. However, to date, there has been no authoritative study that addresses whether this maxim holds weight. So in conjunction with numerous organizations and with the help of the circus community, a questionnaire was created to evaluate circus artists’ experiences around race, equity, and inclusion. It was distributed digitally across North America over the summer of 2020 and interrogated demographics, resource distribution, opportunity, and bias among circus individuals. The questionnaire had an overarching goal to attain a big picture of potential equity issues in circus spaces using data over assumption.

This research is intended primarily to be a jumping off point for future anti-racist and inclusivity work. It attempts to coalesce a broad range of perspectives and experiences, and while it strives to avoid generalizations and oversimplifications, it is inevitable that they will pop up. By no means is this intended to be a prescriptive document, but instead as a tool to understand the circus community more fully, drawing back the curtain on both its strengths and defects. That said, the data below will be useful in cataloging the “State of Circus” today and advocating for resource distribution where it is needed, highlighting facets of privilege and exclusion specific to circus, and promoting advocacy.

307 participants volunteered to respond, 115 from Canada and 192 from the United States. Participants were selected online via social media, including Instagram and the “Circus Every Pandemic” Facebook group, and through promotion by ACE, CircusTalk, CSAW, and EnPiste – National Circus Arts Alliance. Participation was on a voluntary basis, and respondents represented a  “convenience sample” of the Circus community.

Participants were encouraged but not required to share demographics information. Data from participants from outside North America was excluded as it was beyond the scope of this Questionnaire.

The questionnaire contained 40 questions, and a sample of questions can be found in the Appendix. Questions were categorized in the following labels: Professional, Expertise, Grants/Scholarships, Diversity, Comfort, and Bias. Questions could be answered on a scale of 1-5, where 1 signified the participant “Strongly Disagreed” and 5 signified the participant “Strongly Agreed” with a given option. The median of each response was obtained for each question among groups.

Courtesy of EnPiste, the questionnaire was translated to French and distributed through Quebec. Responses were then translated back to English.

Participants generally completed the questionnaire within 10 minutes. Participants were then thanked for their participation, and were informed that results would be published anonymously and that sensitive information would be kept private.

Around 62% of respondents live in the United States while 38% live in Canada.

Many respondents identified across roles. 64% identified as Performers, 50% Students, 44% Coaches, 21% Owners, 5% Miscellaneous, 4% Producers, and <1% as Parents. While there are fewer BIPOC (Black, Indigenous, People of Color) respondents, there was no significant statistical difference between the circus roles of white and BIPOC respondents, though there was a slightly higher quantity of white circus owners and performers (+3%).

Due to the number of participants answering the questionnaire, in order to find statistical significance, responses were compared between those who identified as white (223) and those who did not (84). While this approach has limitations and groups individuals in comparison to a “white” baseline, those who organized the study still believe this data could be of use. For the following questions, participants will be grouped in these categories, though it will fail to express the full range of experiences. Please refer to the Discussion section and the Appendix for firsthand responses around these categories.

Within the “Professional” category, the median of all responses was 3 (Neither Agree nor Disagree) and there was no difference between the two categories of respondents.

The “Expertise” category saw no change in most questions but one (a 3 compared to a 2): that “people seem surprised when they perform well.”

The “Diversity” question represented the largest difference between groups. BIPOC Respondents scored higher (agreed more) in altering appearance to “fit in”, being the only one who looks like them, feeling that they represent a certain racial/ethnic group, and scored lower (disagreed more) in having peers who look like them.

BIPOC Respondents also scored lower in feelings of inclusion while socializing outside of circus, in social media, and with peers in a professional setting.

Regarding the “Comfort” category, the Questionnaire saw no change between groups, where the median response was 4 (Agree) for all questions.

With regards to qualitative comments, participants shared the following suggestions for the circus community as a whole. Comments are grouped by theme and ranked by the quantity of participants asking for change in these areas. The most popular requests are for providing financial assistance for artists, creating zero-tolerance policies for discriminatory language and behavior, promoting inclusive language, and creating programs for local outreach. Highlighted responses are included in the Discussion section.

While this Questionnaire is by no means comprehensive and ideally would have a higher number of respondents across North America, survey results suggest the following note-worthy points:

It is evident that participants are passionate about these issues and are willing to share their ideas. They recognize many symptoms of inequity and propose solutions to address the causes. Reopening studios, performance spaces, and circus companies may want to open dialogue around these issues and take these recommendations under consideration in order to create a more just, inclusive, equitable circus community post-pandemic.

We would like to acknowledge and appreciate the efforts of the following individuals and organizations, without whom this research would not have been possible:

5.  All graphics and data visualization compiled by Cynthia Platero

Organization -United States
Circus for Change is composed of a small group of circus artists in the United States dedicated to creating and curating resources for inclusion and diversity education to promote active allyship in the circus community.
Circus's profile
You are about to enter a members-only zone.
To share this article on your CircusTalk member page and connect with circus professionals from all over the world, sign up now. It's free!
Sign Up
Already have an account?
Log in

Circus for Change is composed of a small group of circus artists in the United States dedicated to creating and curating resources for inclusion and diversity education to promote active allyship in the circus community.