The company toured internationally until 2012, establishing a unique style, which brought together Rebecca’s skills as a performer, costumier, rig designer and artistic director. The company appeared in cabaret, circus, variety, pantomime and corporate entertainments.  It was an important part of the company’s identity that it was an all-woman organisation.

Skinning the Cat (which takes its name from a traditional trapeze move) is, by its inclusion in the Victoria and Albert Museum’s permanent collection and in the National Circus Archive at the University of Sheffield, recognised as a forerunner of the contemporary circus movement. 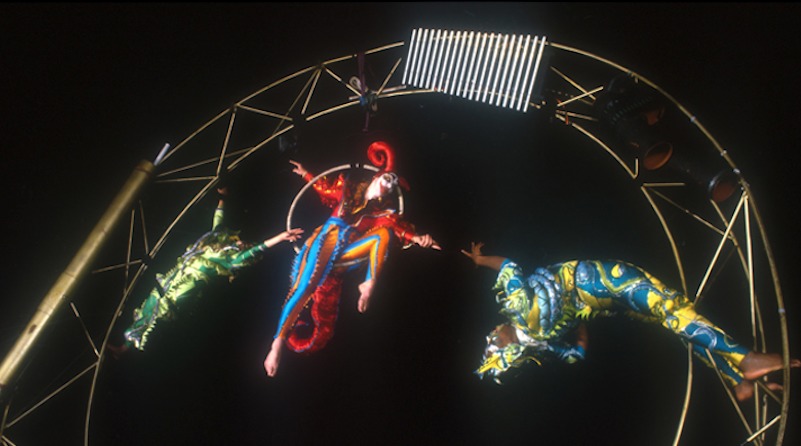 “Discovering trapeze was like finding a part of me that had been missing, it was my soul mate. The combination