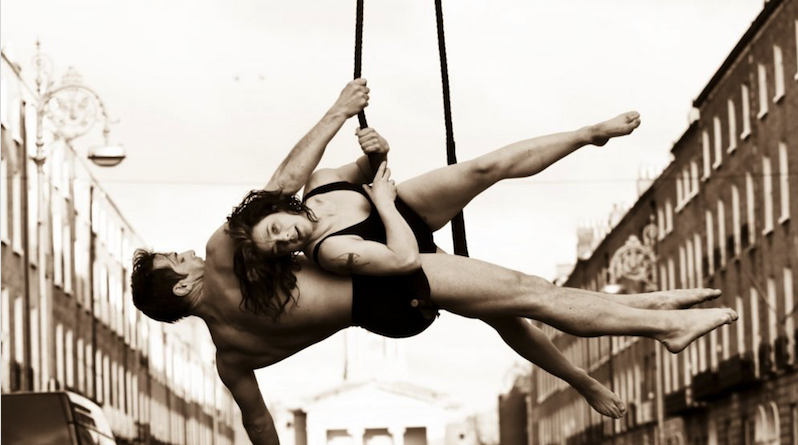 Perched on the top eastern corner of the North American Continent, the lively town of St. John’s will host its first ever circus festival aptly titled St. John’s International Circus Festival in September, 2018. The festival will feature national and international circus performers and troupes, and will offer a multitude of performances, workshops, and professional development sessions. The small but impressive line-up includes four shows; 7 Fingers Patinoire, the NSO and (ENC) National Circus School Show, Edge of the World Cabaret, and Fidget Feet from Ireland.

St. John’s International Circus Festival roots are with Newfoundland’s Wonderbolt Circus. The Wonderbolt Circus is a non-profit, charitable organization that showcases local and international circus talent, contributing to Newfoundland’s vibrant arts community, as well as offering positions in circus camps to underprivileged youth, working with both hearing and sight impaired youth, as also working with native communities throughout Labrador.

Year festival began: This is the first year of the annual Festival

Program options: There are 15 workshops with professional artists from all of the world, and two panel discussions, Expanding Circus Across Canada and Social Circus Outreach. There is also a Family Fun day on the Sunday of the festival with free workshops, an open stage and local vendors.

Number of shows/performances each year: This year there are four shows, one feature show for each night of the festival.

Friday, September 28th 8pm: The Newfoundland Symphony Orchestra (conducted by Marc David) and the National Circus School (including three current third year students and three graduates from the past 12 years) will perform the graduation show.

Sunday, September 30th 8pm: LEGacy Circus as a curtain riser followed by Fidget Feet from Ireland. LEGacy Circus (Vanessa Furlong & Erin Ball are a circus collective that specializes in creating shows with adaptable acrobatics. One artist is a double lower leg amputee who is a full-time aerialist and circus instructor. They present shows with and without leg attachments and wheelchairs to open up the world of acrobatics for adaptive athletes.) Then the feature show is by Fidget Feet from Ireland with their show Hang On.

Call for applications date for following year: The call deadline will be January 31st, 2019. 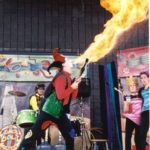 A graduate of both Ringling Brothers, Barnum and Bailey Clown College, Three Schools of Art, Toronto and L’ecole Nationale Du Cirque in Paris, France, Beni Malone has almost single-handedly introduced and developed professional clowning and circus arts in Newfoundland and Labrador. His innovative style and thrilling, energetic performances have entertained thousands of children and adults throughout Newfoundland, the Maritimes, and across Canada.

Best known for his work as a professional clown, Malone began his career with the Newfoundland Travelling Theatre Company in 1974. He has performed nationally and internationally in theatre, television and film. Malone is the founder and Artistic Director of Wonderbolt Productions, which has been creating and producing original circus inspired theatre since 1980. 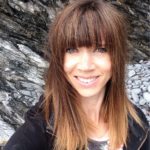 Anahareo Doelle is the co-producer/co-founder of the St. John’s International CircusFest. She is a graduate of the National Circus School of Montreal where she specialized in aerial hoop and silks. For the past eighteen years, she has performed in various shows, including places such as Canada, Switzerland, Italy, Norway, Japan and Germany. She performed and lived in Berlin for seven years before she returned to her hometown St.John’s in 2011 with her husband and family.

Doelle is a certified instructor in Acrobatic Arts, Yoga, and Pilates and operates her own aerial school “iFly Aerial Arts” at Wonderbolt’s downtown studio, The S.P.A.C.E. She teaches classes for students aged-5-67 and loves sharing her passion with others. Doelle is the Aerial director for budding new aerialists of the iFLY Performance Troupe. She is very excited to be planning the first St. John’s International Circus Fest and is thrilled to be bringing more circus to the East Coast.

Kim Campbell: What are you most excited about with this year’s festival?

Anahareo Doelle: I am most excited to be bringing more circus to St. John’s and exposing people to high level world class circus. I also am excited for visiting artists to discover this unique destination, St. John’s. There will be a big local component to the festival as well, so everyone will be involved!

KC: What is your dream for the future of the festival?

AD: I hope to have this as an annual festival for year’s to come, and I am excited to continue to bring more circus companies and shows to St. John’s. I want circus to grow in Atlantic Canada and across Canada as well.

KC: What countries do you draw the most companies and audience from?

AD: We have companies from all over the world, and coming from all across Canada (Montreal, New Brunswick, Halifax, Edmonton, Regina, Vancouver), Switzerland, Finland, the USA. The majority of our audience will be from the region but there will also be visiting artists from across Canada (about 40, and 20 students coming from a circus school in Halifax, Atlantic Cirque)

KC: Tell us a little about your process as artistic director?

AD: I love circus and seeing shows myself, so I look for shows that are inspiring and appeal to a wide array of people.

KC: Do you look for themes and trends when curating the works?

AD: I love a wide range of circus styles and contemporary circus companies such as the 7 Fingers, and Cirque Eloize. There are also some great shows coming out of Australia and Europe right now.

KC: What kind of circus would you like to see more of at the festival?

AD: I would love to see companies from all over Canada and all over the world. I want St. John’s to become a destination on the map for circus.

KC: Who would you recommend apply for this next year?

AD: We welcome all applicants for next year’s festival as we would like a wide variety of shows highlighted at our festival.

KC: What is something unique about the festival?

AD: The St. John’s International CircusFest is unique because of its destination, the most Easterly point in North America. This festival is also unique in that it features fantastic shows, workshops and panel discuss as well as a free Family Fun Day for the entire community. I am so excited to be surrounded by all things circus for four days!