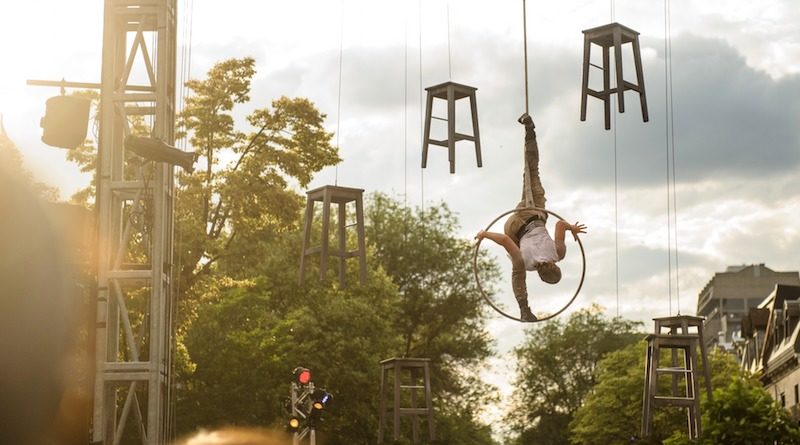 Ruth Juliet Wikler, Deputy Director of Programming for Circus/Director, MICC at TOHU/Montréal Complètement Cirque (MCC) probably has a to-do list as long as her title as she and her staff at Tohu prepare for the 12th season of Montréal Completement Cirque this July. The Festival and its counterpart event for the professional circus sector, the International Market of Contemporary Circus (MICC), have really had to adapt these past two years and Wikler has been instrumental in making those adaptations successful for all players–she weighed in often on those pivots in 2020, as a guest on several of CircusTalks’s panel discussions, such as  Circus and Changing Realities 2020–What’s Up with (Circus)Festivals 2020? and moderating Circus World Report at MICC’s First Virtual Conference. I checked in with Wikler recently to discuss some of these adaptations and how MICC/MCC has grown as an organization during this time.  They have succeeded at their goal to continue to present circus to the community in Canada while rebounding from the pandemic, and to shepherd their artists and companies into a hopeful recovery transition while still nurturing connections to the broader industry.

Kim Campbell: Tell us about MCC this year. Looks like it will be a hybrid style festival. Will there be more on the ground/live/in person shows than last summer?

Ruth Wikler: Absolutely. In 2020, the Montréal Compl­ètement Cirque Festival was officially cancelled, and in its place, we offered a series of unannounced pop-up performances on St. Denis street, as well as a series of short films broadcast on local television. All of that activity was dubbed ‘Montréal Presque Cirque’ (instead of Montréal ‘completely’ circus, it was Montréal ‘almost’ circus). This year, by contrast, we are back! We’re producing a complete edition of the Montréal Compl­ètement Cirque Festival, only with all local artists; most of the ticketed performances happening at the TOHU and on our grounds at the Circus City campus; and following a lot of COVID safety protocols.

KC: How many headlining shows are there?

RJW: There are five headlining shows taking place at TOHU (two in our theatre, two outdoors, and one in our tent) and then there are two projects that we’re co-presenting with partner organizations elsewhere in the city.

KC: Are there any companies returning with new shows? Did they create their shows over the pandemic time period and did TOHU provide them with residency space to create?

RJW: During the pandemic, TOHU transformed itself into a veritable circus factory. Our residency program expanded to using a number of spaces within TOHU’s building as well as a studio at Cirque du Soleil. We were able to host many more projects than we had in the past, and we received provincial support that enabled us to offer those residencies free of charge to the artists. Over 55 circus residencies took place at TOHU between January and May!

Many of the headlining shows did indeed develop through TOHU residencies over the past year. In addition, there has been a direct pipeline from this expanded residency program into the Festival’s outdoor programming, due to the fact that many of the projects that were created by local artists during the past year were small-scale works designed for outdoor performance. We will actually continue to showcase these projects through a new performance series we’re launching right after the Festival ends, called Week-Ends Cirque. 18 projects, nearly all of them new creations and developed through our residency program, will be featured in our tent over the course of six weekends starting July 24.

KC: What will the street festival side of things be like? For example, will Anthony Venisse still be putting on a big outdoor spectacle?

RJW: This year, much of the festival is coming to life outdoors. Two of the ticketed shows,Branché by Barcode/Acting for Climate Montréal andLes étoiles tomberont by the young circus-theatre troupe La Fratrie, are taking place outdoors. The area outside TOHU has been transformed into a little circus village, with multiple tents of various sizes, and this village will be coming alive in open air through pop-up and walkabout performances. Companies like Tupiq ACT, a first nations circus troupe based in Montréal; Projet Sanctuaire, which was recently featured in a New York Times article about what Cirque du Soleil artists have been up to this year, and La Famille Goldenkrust, a hilarious clown project about Quebecer snowbirds trapped in Canada due to the pandemic, will all be performing outdoors on TOHU’s grounds. And these companies all developed their projects through our residency program.

The ‘big outdoor spectacle’ you mentioned has transformed, by necessity to fit with the COVID rules, into pop-up performances and a circus-themed visual installation on St. Denis Street, plus a series of short circus videos being shot on location in dynamic settings around Montréal and directed by Sarah Beauséjour, the director who had been selected to succeed Anthony when he stepped away from the festival pre-pandemic.

KC: Will the audience be Canadian or a mix of international and local? 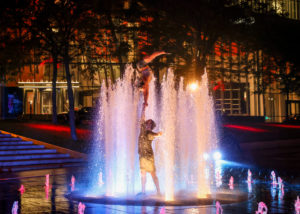 RJW: We’d love to be able to welcome an international audience, but the border rules just don’t permit it at this point. The latest announcement from Ottawa was that quarantine is going to be lifted July 5th for fully vaccinated ‘essential’ travelers and Canadian nationals. We wish attending our festival could be considered ‘essential,’ but I kind of doubt it…

KC: Tell us about MICC this year. You adapted this essential international market for programmers last year to digital, and in many ways it broadened your reach. Do you expect an equally diverse turnout this year? Could the digital option be here to stay?

RJW: As you say, this past year has been a truly transformative one for the MICC. We have been able to get so much done by shifting to a year-round model over just four days a year! Going forward, our ideal annual rhythm will be to keep up the online activity throughout the year and welcome professionals around the world to Montréal in person each July. However, the border rules preclude us being able to do this this summer. So our July market will once again consist of virtual-only activities (although we’re helping local professionals find each other at in-person festival performances this summer).

In terms of diversity of turnout, yes! A big aspect of our work over the past year has been to find and support the visibility for circus artists and companies from world regions which are less present in touring circus—especially in Latin America and Africa. We’ve just seen many more Latin American and African circus proposals submitted for our pitch sessions, for example—so that’s a major indicator of success for us. KC: Are you excited about this year’s line up of workshops and events? Can you mention a few you are excited to highlight?

RJW: Yes, thank you for asking! Well, to start off, we’re offering online workshops every afternoon of the market which were developed in conjunction with our global network of experts. There’s something for everyone:

Beyond that, there will be 24 companies pitching and 8-12 more sharing their work through virtual showcases; targeted networking events; ‘Circus Daily News’ each morning; and more. All of this is happening online July 12-15—don’t miss it!

KC: Over the course of the pandemic, MICC created several working groups, tell us something unexpected or useful that came out of that process which people can learn about at the year’s MICC.

RJW: Well, we launched 14 different groups at the end of last summer’s MICC. Some of them have really flourished and achieved great things. I’m especially proud of the work of the Commissioning for Circus working group, which also calls itself ‘The Utopians’. 12 institutions from 4 countries got together to identify the kind of contemporary circus we thought would benefit from being commissioned – namely, concept-driven circus work made by artists, mainly those without access to significant commissioning resources, who had established themselves but had not (yet) achieved worldwide renown. After many nominations, the group agreed on nine circus artists whose work we felt to be so innovative that we wanted to hear from them about their dreams for a new project. We supported each of these artists’ development and presentation of a ‘treatment’ of a new work over the past year, and some of those projects are now slated for long-term accompaniment and support by members of the group. Some of these projects will be pitching at the MICC, so keep an eye out!

Show tickets are now available for sale at Montréal Complètement Cirque and for MICC people can register to participate for a minimal fee.