The More We Learn, The Less I Know 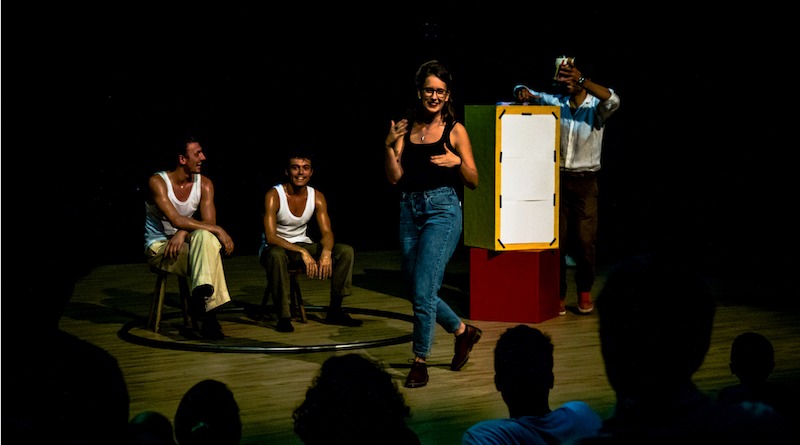 When Professor Louis Patrick Leroux asked “what is your research or artistic obsession?” I immediately realized what he meant. All the (possible) relations between circus and theatre are for me both an obsession and a true addiction, which probably originated when I saw the show that blew my mind with contemporary circus:  Fenêtres, by Mathurin Bolze, a French artist often defined as “la grâce faite homme”.

I work for a contemporary circus organization in Milan, and I usually spend 8-10 hours a day behind a computer doing things for the circus: planning courses, talking to theatres, reading technical sheets, answering tons of emails, watching shows, teasers and trailers, calling organizers, discussing everything with my team, hunting for money for all the projects on the table while thinking about how to keep our own independence. Yet, I had the feeling that I was not going the right way. I felt thatthiscircus deserved much more of my intellectual and emotional space.

This is why I decided to move from my computer desk in Milan to a university room in Montréal. Sometimes I am eager for answers and I think that finding a solution must be the only goal of the day. But back then I was not expecting to find answers, at all. I just wanted to dive softly into my own obsession and find a way to comfortably dwell in it, allowing myself the right time and space to roam amongst my questions. And yes, this is how it went: the more time passed, the more questions I got. But I am fine with that, as this is the paradox of knowledge for me: the more I learn, the less I know.

Why, then, has the circus been responsible for keeping the status quo instead of being a weapon to question it?

Now that I am sitting on my plane, exhausted from two weeks of talks, deep thoughts and so many shows, returning to Milan, I can say that my energy and drive have been restored. Now at least I know that the horizon is broad and the way much longer than expected, but I also know that at least I (we) went deep into it.

If it is true that  “there is no objective ‘good’ or ‘bad’ in performance, only personal taste and local criteria.” (as Seb Kann states in his  Open Letter to the Circus), what “distance” do we need to “negotiate”, then, as Bauke Lievens suggests? Is it possible to preserve diversity as the ruling principle of circus without being relativistic about circus itself?

In theatre all conventions may be arbitrary, but circus is determined by some non-negotiable elements: is gravity arbitrary? Is weight arbitrary? How can the dramaturge deal with that?

And again: what about the body? Can we speak of the “political body” of the circus, thus adding on to the “performer body” identified by E. Hurley? Would it be legitimate, then, to deal with it in biopolitical terms, as Agamben suggests? Why, then, has the circus been responsible for keeping the status quo instead of being a weapon to question it? Can the circus (or at least some way of doing circus) represent a space of resistance in nowadays society? Can the circus engage its spectators in a critical re-consideration of society and call them to action if we keep considering it as a  heterotopia?

Are circus artists aware of the power that dramaturgy can give to circus? What has theatre to learn from circus, and what should circus learn from theatre? What happens if a dramaturge enters thepiste?

Iscontemporary circus lightly starting to become “invisible” and melting with other performing arts?

Yes, the only answer I got so far is this: the more I learn, the less I know.

I will probably write an open letter to the circus. I will get rid of my obsession by gently passing it on to someone else.

(Keeping the pleasure of the addiction, of course)