The Most Threatening CRISIS of the National Circus School of Brazil 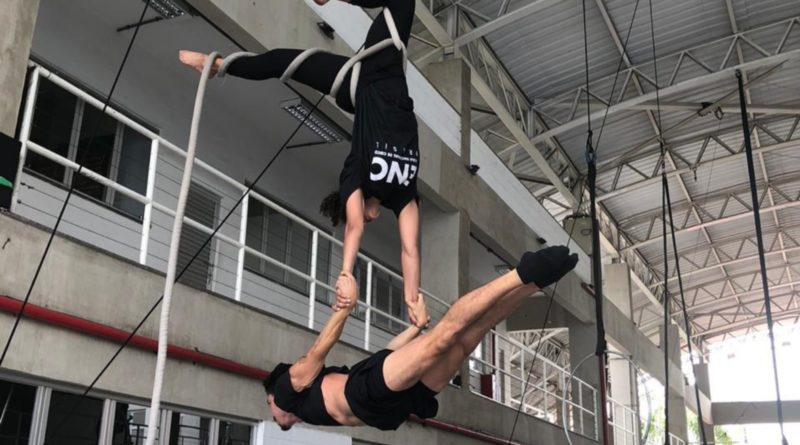 In 1982 Brazil joined the international movement inaugurating its official circus school. The decision came from the desire of some circus families who had been circulating within the Brazilian territory for over a century. There is no doubt that the emergence of the National Circus School, renamed in 2017 as ENCLO (Escola Nacional de Circo Luiz Olimecha) represents one of the major events in the long tradition of circus in Brazil. Considering the many achievements throughout ENCLO’s trajectory, we would like to highlight two of them: the deep renovation of its headquarters in 2013, providing an excellent facility for a professional circus education; and the recognition of the “professionalizing” diploma in 2015. It is also worth remembering that in 1998 ENCLO students won the Silver Medal at the Festival Mondial du Cirque de Demain (France). In its almost 40 years, ENCLO has trained more than 2500 artists, who performed in circus shows around the world, consolidating the institution as an international reference.

However, the importance of ENCLO was not enough to prevent its existence from being recently threatened. In an unprecedented action, the National Arts Foundation (FUNARTE)(1) was totally modified, with immediate effect on ENCLO as well.

In June 2020, in the middle of a pandemic, when everyone needs good governance, the management of the school was changed, resulting in a long period of silence and non-communication with students. Furthermore, in December 2020, Funarte announced that ENCLO’s facilities needed to be renovated, so the place would be used for another purpose and that the student’s circus activities would be transferred to a new location. Several non-democratic decisions were made, without any attempt at dialogue with the school’s community (teachers, students, staff…). This is an indication that the RED LIGHT has turned on: We are in CRISIS! ENCLO is about to close! 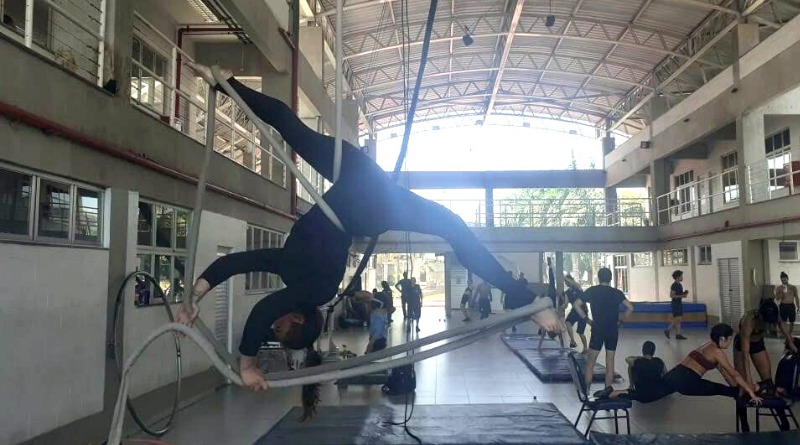 Contextually, this crisis needs to be understood as part of a federal government program. For the last two years, multiple decisions have been dismantling some of Brazil’s vital sectors: education, culture and science. A wide range of actions converge in the current Brazilian government in order to weaken, paralyze or even destroy some institutions, and ENCLO was yet another victim of this destructive policy. In short, Brazil’s young democratic system is under serious threat.

Although the pandemic is a moment that can lead to disarticulation, we saw the emergence of a huge movement in defense of ENCLO. A strong mobilization — involving the sixty current students, ex-students, circus professionals, managers and the national artistic community — gathered more than 16 thousand signatures in a few weeks, as well as more than a hundred videos of supporters advocating for ENCLO’s maintenance shared on the school’s Instagram (#ENCLOFica / Follow: @encviva). Other international circus schools, cultural organizations and scientific and artistic authorities sent dozens of letters of support, attesting that the circus school is not a bubble, but is intricately articulated with the cultural network inside and outside Brazil.

In a fast and positive way, social pressure made politicians and civil society stand in ENCLO’s favor and, consequently, the authorities waved in a new direction: to reactivate school activities (bringing teachers together, planning classes for an online environment due to the pandemic, etc.). In addition, they updated the payment of scholarships to students and disseminated notes on the “importance and commitment to keep ENCLO at its official headquarters intact”.

Despite the great campaign in defense of ENCLO, when it seemed that we had finally won a few battles, Funarte’s president was fired. As no substitute has yet been indicated, the students and teachers of ENCLO lack a concrete interlocutor with whom to dialogue. In addition, two major struggles still need to be faced: the bi-annual budget allocation only guarantees the student’s scholarships and the school’s maintenance until the middle of 2021. There is no guarantee of the next students’ selection (2022-2023 course).

Thus, there is no allocating of funds for ENCLO to continue existing. It looks like the government program concerning culture, which includes ENCLO, is close to deeply damaging art education in Brazil.  For this reason, we need to remain attentive to these and other actions that seek to weaken art through undemocratic policies and which are unfavorable to culture and critical education. We need to remain united in order to claim for our national professional circus education program!

Academic, Educator, Historian -Brazil
Marco Antonio Coelho Bortoleto, has a B.A. in Physical Education from the Methodist University of Piracicaba and MSc in Sport Science from the University of Campinas, both in Brazil. He received his PhD at the University of Lleida (Spain). He was a Postdoctoral Fellow at the University of Lisbon (Portugal) and at the University of Manitoba (Canada). As Visiting Professor he worked at Universidad A Coruña (Spain) and La Plata National University (Argentina). He is currently working as an Associate Professor in the Physical Education Faculty at the University of Campinas (UNICAMP - Brazil). Since 2006, he has led the CIRCUS RESEARCH LAB (CIRCUS) together with the circus historian Erminia Silva, PhD. He is a former professional circus artist and acrobatics teacher at Barcelona’ Circus School “Rogelio Rivel” (Spain, 2001-2005), and has been collaborating as a partner of Cirque du Soleil casting department since 2003.
You are about to enter a members-only zone.
To share this article on your CircusTalk member page and connect with circus professionals from all over the world, sign up now. It's free!
Sign Up
Already have an account?
Log in