A Statement from Circus Smirkus 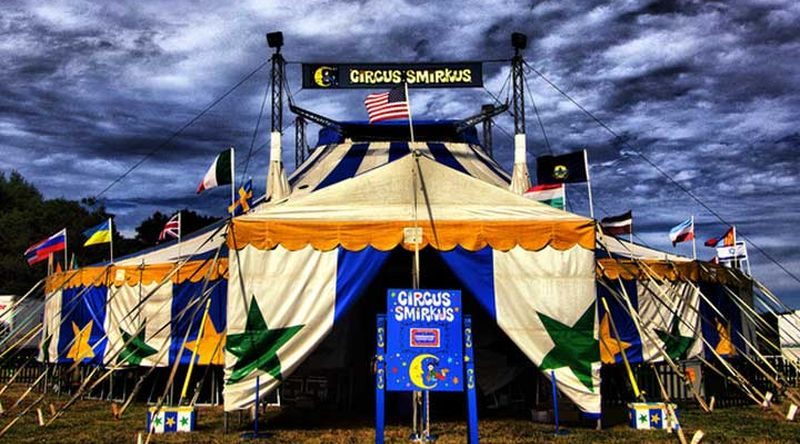 Circus Smirkus released a statement by email on January 25th to explain the connection Barry Lubin had to their big top tour, and their actions upon learning of his sexual misconduct with a former trouper. The following is the statement in its entirety, published with the permission of Circus Smirkus.

To the Friends and Family of Circus Smirkus:

You may have seen troubling reports in the state and national media in recent days that suggest unfortunate connections to Circus Smirkus. In our desire to be as open and transparent as possible with those we serve, we are releasing a statement to everyone in the Smirkus family today: alumni, families of troupers and campers, presenters, etc.

If you have any questions or concerns at any time, I hope that you will not hesitate to call or email me directly.

★  A STATEMENT FROM CIRCUS SMIRKUS  ★

For the past 30 years, Circus Smirkus has promoted the skills, culture and traditions of the traveling circus, and inspired youth to engage in life-changing adventures in the circus arts.  We are passionate about our work with the talented young people who come to us for transforming experiences on our Big Top Tour, at our Smirkus Camp in Greensboro, and in our Ringmaster Residencies.  The safety and wellbeing of these children is our highest priority, and we have no tolerance for anything that endangers them in any way.

On Friday, January 19, we received a communication from a former Big Top Tour Trouper alleging that in 2004, Barry Lubin had engaged in acts of sexual misconduct with her. We know that it takes tremendous courage for an accuser to come forward to protect others by exposing a difficult truth. We are grateful to and supportive of our former Trouper for doing so. The acts of misconduct, which Mr. Lubin has since admitted, did not take place at any Circus Smirkus facility or grounds. At the time, Mr Lubin was not employed by Circus Smirkus and the trouper was no longer on tour with us.

We acted immediately on this information and severed all ties with Mr. Lubin including removing him from our Honorary Board of Directors. He will not be associated with the 2018 tour or any Circus Smirkus programs in the future. Mr. Lubin spent three weeks in June 2016 and June 2017 as a coach with the Big Top Tour. He did not travel with Circus Smirkus on either tour, nor was he associated with Circus Smirkus Camp during that time.  Prior to that, he had done occasional workshops for our troupers.

After the Lubin story broke, we were contacted by VTDigger asking for comment. They also asked if any Smirkus employee had been accused of sexual misconduct in the past. We were aware of an incident in which a former employee was convicted of sexual misconduct with a minor in 2006 after he had left our employ and in a program not run by Circus Smirkus, both points that we confirmed with the reporter.

Circus Smirkus has strict guidelines for employee conduct, and provides regular training and supervision to ensure that those guidelines are met.  We conduct background checks on every employee, year-round or seasonal, and all employees are mandatory reporters, required to immediately communicate any inappropriate behavior.

We want to reaffirm our commitment to youth safety and the families who trust us to protect their children. Nothing is more important to us than the welfare of the talented young people entrusted to our care, and we will always act to protect them.

Please feel free to contact our Executive Director, Jennifer Carlo at [email protected] if you have any questions or concerns.