Book Review: “Kicking Sawdust: Running Away with the Circus and Carnival” by Clayton Anderson 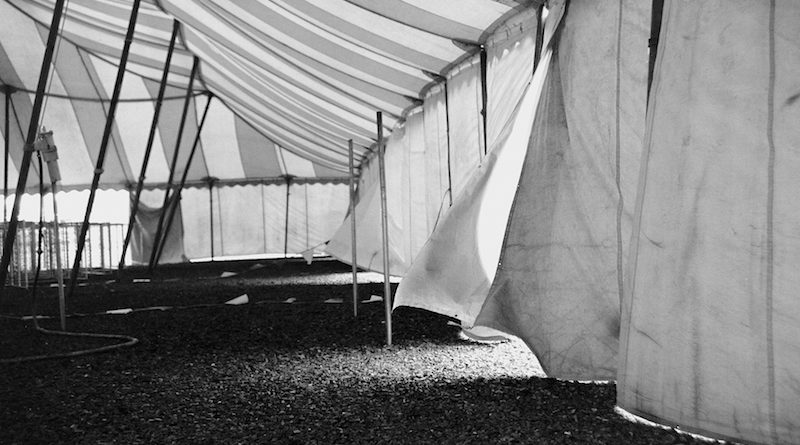 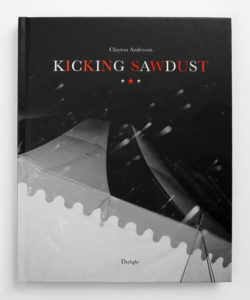 I have some pretty distinct memories of going to see the circus with my parents when I was a child. The feeling I always experienced most thoroughly was that of excitement, coupled with a bit of fear. Sure, the animals were fun to see. The performers were fascinating, and the crowds that even came to see them were intriguing. The clowns, okay, I will admit, scared me some (but thankfully didn’t carry over into my adult life), as was the fact that everything always seemed to be moving in unison. At the same time, tremendous amounts of sound permeated the air. It was most certainly me to an extent, but they always overwhelmed me to the point of never being sure I wanted to go back again for more. Beyond all of this, I plainly remember walking into and walking out of the tents and seating areas. When the bluster of the events subsided, there was an air of normalcy and calmness that enabled me to see beyond the performance and realize that there was a life of its own outside of the spotlight. I found the quiet moments to be as wonderful as the entertainment my folks had brought me out to witness. With these memories, I was drawn to photographer Clayton Anderson’s new monograph, Kicking Sawdust: Running Away with the Circus and Carnival. 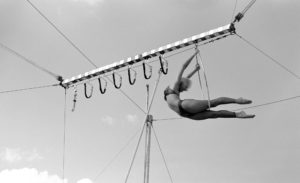 The result of this book, whose photographs were made between 1988 and 1992, is a collection of pictures made at the behest of a close friend who implored Anderson to take pictures while traveling with the circus and working for his family’s concession stand business. A slice of life that quickly brought an immense sense of nostalgia my way. This is a book that I would describe as “an inside job.” It wasn’t created by someone who was documenting a lifestyle that was odd and interesting or had some sort of social impact, but one made while living that lifestyle and being a part of the overall experience. This was an immersion in a life thought to be on the fringe of society. The pages flow through the type of quiet scenes I remember as a child, on through to the performers – both in action and as portraits – to the inner working of the circus itself and the persons who make it tick. There are performers and animals flying through the air, sideshow oddities, swords being swallowed, bodies on fire, and of course, a clown or two. There is a particular innocence to the portraits found here and one being taken by someone without the preconceived notion that they were working on a project or book. Instead, these images are combined from love and admiration for the time spent in the arms of an expanding group of friends and family. This is the recording of a community. Hence, there is a warmth and humanity to everyone documented within the pages of this beautiful world printed in stunning black and white. 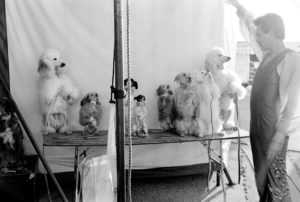 With a foreword by Katherine Kavanagh, writer and circus historian, we get some valuable background information that lends perfect context to the images you are about to witness as you turn the pages of this wonderfully sequenced book. Equally as crucial to the book’s sense of completeness is an interview between two circus veterans, Dominique Jando and Tessa Fontaine, in which we gain precious insight into the hearts and minds of the performers who give it their all, day in and day out. From my perspective, however, it is the opening passage from Jack Pierson, the friend of Clayton Anderson who recommended he purchase the camera that documented these engaging and now historical scenes, that sets the tone for the book in its entirety. “Here was a glorious possibility! He could almost not go wrong. Buy a camera and please take pictures.” 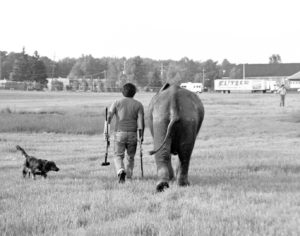 The magic of this possibility lay ahead for Anderson and spelled out the beginning of a lifetime in the creative arts. These are quite simply the photographs that one can look back on and say, “And well, the rest is history.” Kicking Sawdust comes to us from Daylight Books, a publisher of photobooks of the highest order. Quite typical of them is a well-crafted photographic object worth treasuring, with always impeccable printing and binding. This is a historical and insightful look behind the curtain at life and its community, undercover and in front of an audience, that beckons the viewer into its world of entertainment. Pick it up if you get the chance.