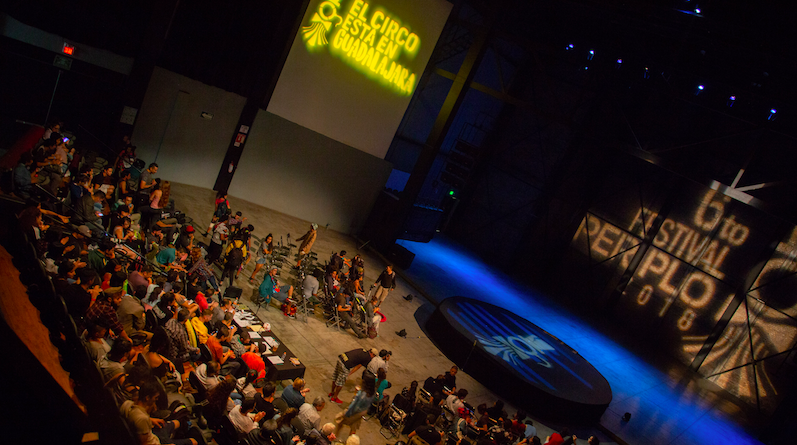 The 6th Edition of the International Circus Movement’s Festival Periplo concluded recently with a splendid three-week circus celebration that attests the rise of Guadalajara City in Mexico as a promising circus center. From July 9th to the 29th 2018, the festival’s program featured dazzling circus coded in contemporary registers. Per the festival tradition, a line-up of international, national and local circus talents was featured at the festival. This year’s special guests, Wes Peden (U.S.), Florence Huet (France), Aimé Morales (Venezuela), and Gabriela Muñoz (Mexico) amazed and delighted audiences of a city increasingly captivated by contemporary circus performance. Acting locally but with national impact, Festival Periplo is part and parcel of a circus revival in Mexico that reflects global trends. More than twice the size of last year, this edition had around 4,500 attendees. There were seven shows at six different venues, such as Foro Periplo, the Laboratorio de Arte Variedades (LARVA), and the Conjunto de Artes Escénicas (CAE), among others. Special events complemented the festival’s public program with film screenings, conferences, an electro-juggling-party, the IJA national juggling competition, and also included the arrival of “Nautilus,” an itinerant circus library that docked and opened doors at different points across the city. Always on time and schedule, Festival Periplo has carried on with this vibrant and rich circus celebration, proving substantial organizational expertise, and reaffirming its vital mission as a cultural promoter of the circus arts at local grounds. 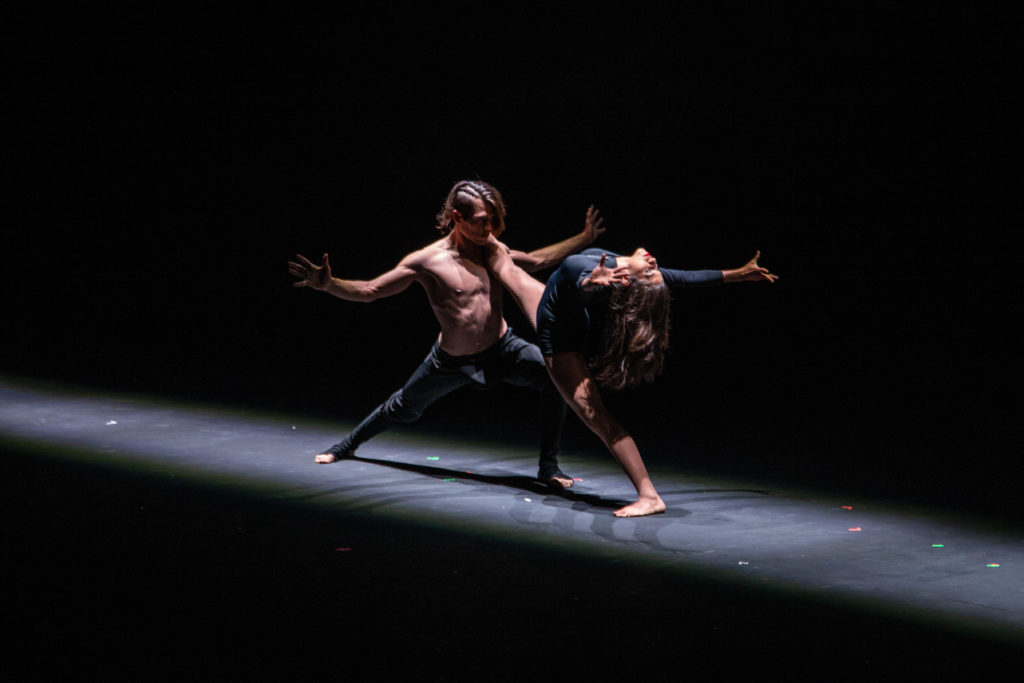 Festival Periplo was founded in 2013 by its current Executive Director, Juan Mendez and its Coordinator, Cynthia Delgadillo, who gathered around a group of young people passionate for both practicing circus and working towards its professionalization. From inception, Festival Periplo set a clear goal: positioning the circus arts in the city’s cultural landscape. In an interview, Juan Mendez recounted that only a few years ago, contemporary circus in Mexico had little support and lacked official recognition from both cultural agencies and academic institutions. The circus community members in Guadalajara relied on one another to nurture its own growth and to open vital spaces for circus training, creation and performance. Festival Periplo was born out of this spirit of collaboration. As an organization, granted with non-profit status in November 2014, Periplo has been instrumental to consolidate alliances between the circus community, public agencies, and the private enterprise, in addition to building trust and recognition to the contemporary circus as a vigorous cultural movement. 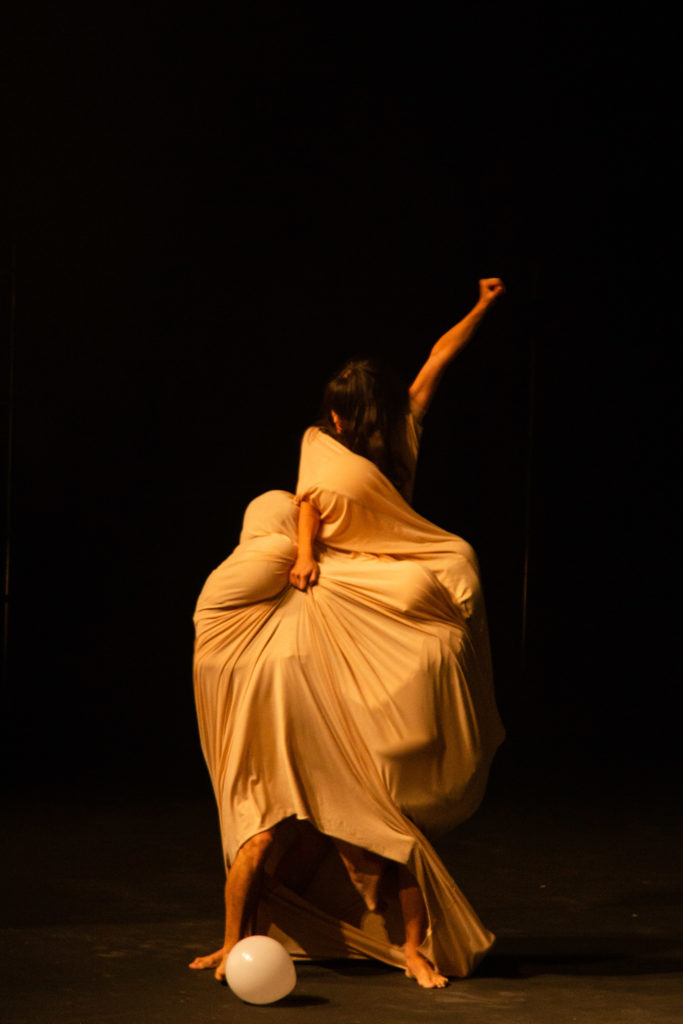 Through these alliances, the contemporary circus movement has been expanding into new and exciting venues. This year, Festival Periplo collaborated with the University of Guadalajara to bring the festival into the Conjunto de Artes Escénicas (CAE), which is a major performing-arts complex in the city, also one of the most important cultural centers across Latin America. The Conjunto de Arte Escénicas hosted two festival events. On July 14th, the CAE hosted the traditional Periplo’s International Gala. Side by side, international artists performed solo and duo acts and shared the stage with local circus artists and companies. Performances from local companies included Híbrido Mostaza, a delightfully bizarre project based on choreography and hand-balancing; an energetic aerial duet plus an astonishing hair-hanging act by Cirko Alebrije; while the multidisciplinary company Zarawato Bus’ acrobatic exploration within a massive performance structure. By sharing the stage with world-renewed artists, the circus community in Guadalajara proved that is in great shape, and invested in circus as an art form. 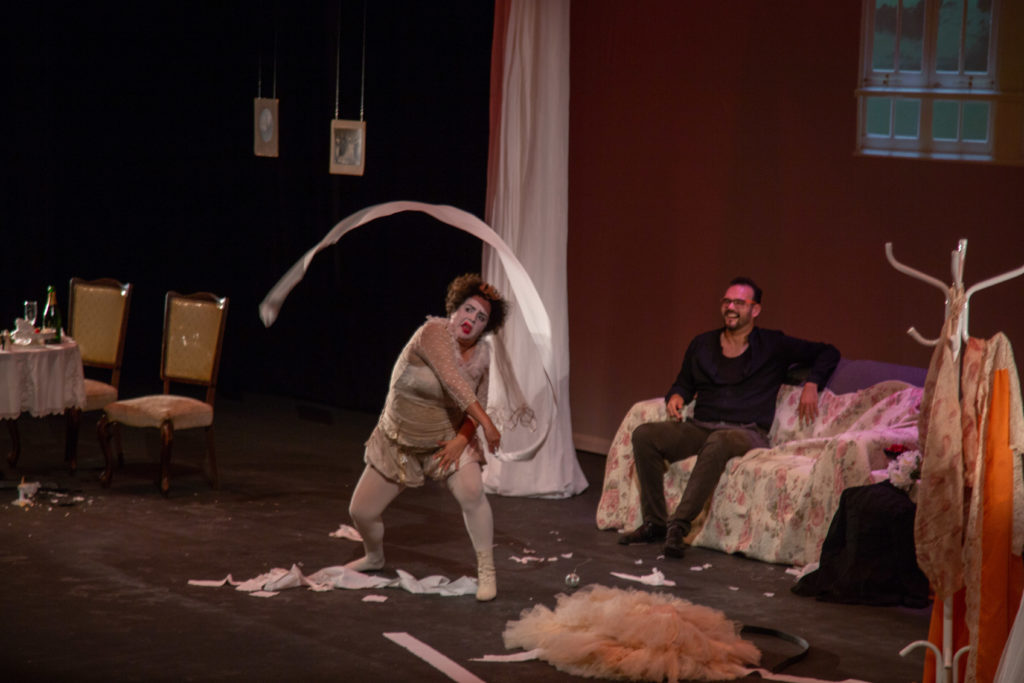 The Conjunto de Artes Escenicas also hosted Gabriela Muñoz’s heart-rending clown masterpiece, “Perhaps, Perhaps… Quizas,” which tells the story of a lonely woman incessantly rehearsing the arrival of a love that never shows up. In a short article, Muñoz has shared her thoughts about clowning by saying, “To me, clowns are poets, inventors, philosophers. They will throw themselves into the abyss without wings, hoping to build them on the way down! Clowns tell epic stories as heroes that can lose everything but might also win the whole world embarrassing their own stupidity, vulnerability and heart.” While I was truly moved by her performance, I got equally excited witnessing people in the audience surrendering to contemporary circus performance for the very first time. At the climax of Muñoz’s show, when an audience member held her in a long and fraternal embrace, I overheard the whispering of someone who had just broken in to tears. She said quietly to another person, “Is she a clown? I did not know that clowns could do this.” This experience reminded me that ‘building new public’ is not about how to sell more tickets, but about the crucial labor of building a community of interlocutors in which people can share meaningful experiences. Certainly, Festival Periplo is greatly contributing to the local circus in this regard. 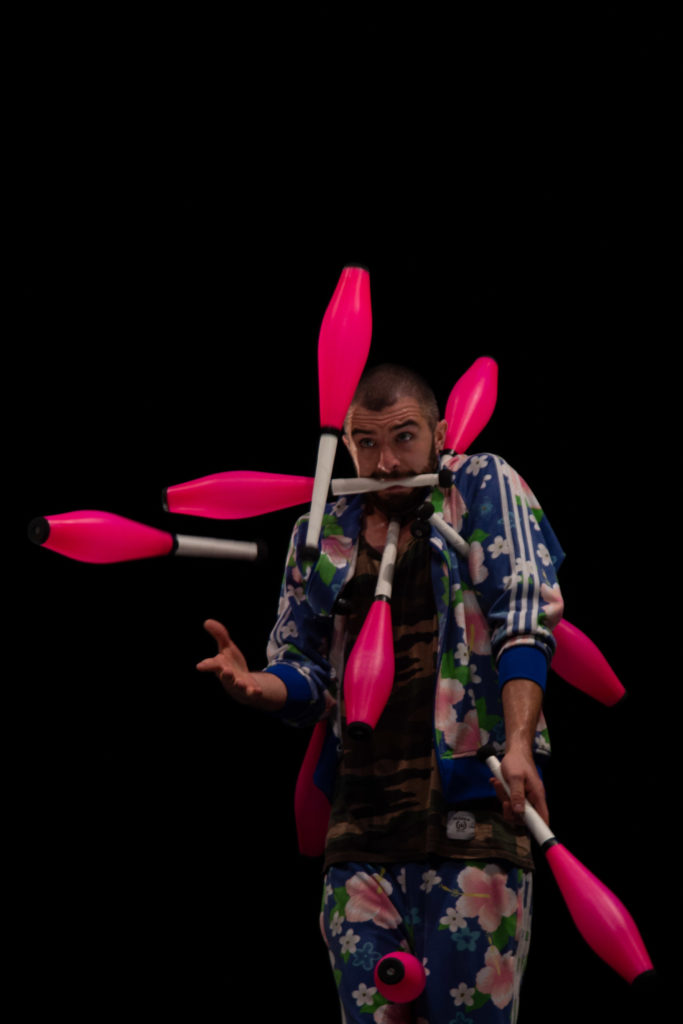 While the festival’s public program focuses on performance, one of the festival’s most crucial missions is to promote the professionalization of circus education at a national level. Year by year, Festival Periplo aims to reach this important goal by offering a series of intensive seminars, workshops and creative labs for intermediate and advanced practitioners. This year, Periplo offered four intensive seminars. Running simultaneously, students had the opportunity of choosing between Florence Huet’s ”Hoop Juggling Research for Flower Origami” and Wes Peden’s “Ball and Club Juggling for Nerd Discos.” Then, Gaby Muñoz’s “Silence and Clowning” and Aimé Morales “Creation through the Cyr-Wheel” were offered on a second round. In these seminars, young people had unique opportunities to learn from circus veterans. But in fact, learning occurred in multiple directions and in unsuspected ways.

For example, Aimé Morales’ seminar stimulated artistic expression and body presence over learning new tricks. He encouraged students to explore inner emotions, motivations and personal attachments to practicing a circus discipline. By working with voice intonations and gestures, staring and movement patterns, Morales built a rich environment in which students not only learned from him, but also about themselves, and from each other. Or in Morales’ own words, “I learned from them as much as they learned from me, or maybe more…” Under a different light, Wes Peden’s seminar taught students how to break down complex juggling patterns into more assimilated pieces. However, participants had very different skill levels, which for many, made it hard to keep up with the pace of instruction. Instead of disregarding less experienced students, Peden encouraged everyone to find the “core” of juggling patterns and to adapt it to their own possibilities. The festival complemented these four seminars with laboratories on improvisation, movement, and creation. 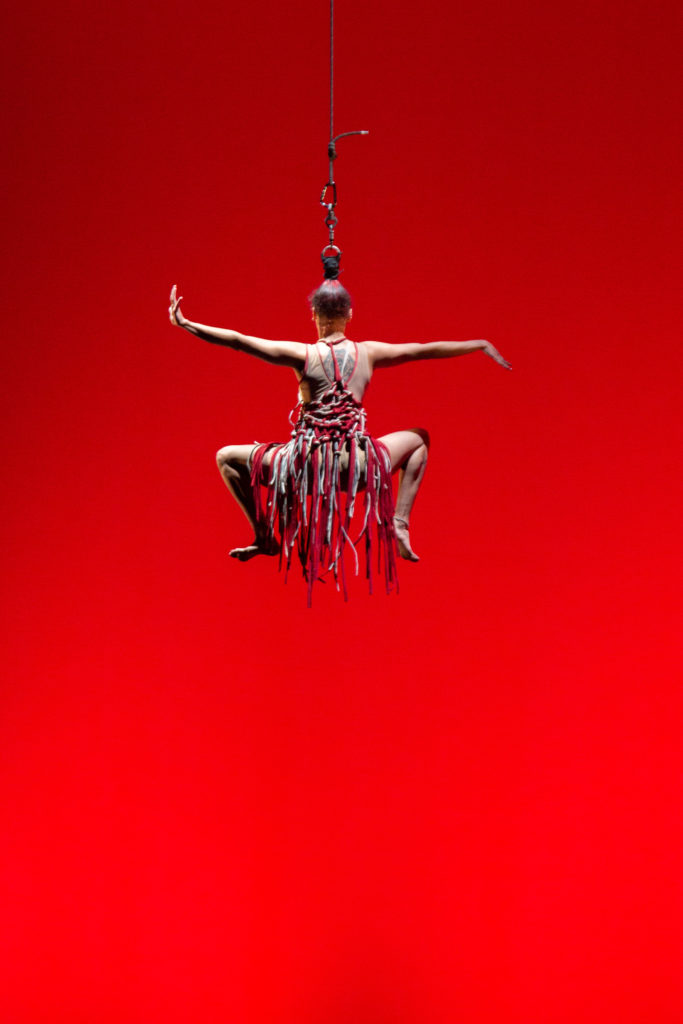 On the whole, educational programs for professional circus training in Mexico are very limited. Until recently, emerging circus artists in Mexico have been required to leave the country or to travel constantly in an effort to advance their careers. Without a doubt, learning opportunities like those offered by Festival Periplo could not ever replace professional programs of circus education. But this does not mean that what students can learn in relatively more informal environments is not important. Quite the opposite, many people shared how those short moments with mentors and instructors from past circus festivals have actually changed their artistic careers, transforming how they understand their own practice. This evolution of how circus communities conceive their own potential might be happening due to a growing awareness that teaching and learning tricks is simply not enough for the circus to thrive as an art-form. Both consolidated artists and young practitioners seem to be eager and more ready to unfold the circus arts’ full potential.

On this topic, during Festival Periplo, two new organizations announced the beginning of their operations, which generated great expectations and positive responses from the community. First, the Escuela Latinoamericana de Circo y Arte en Jalisco (CIRCA) is launching a highly-anticipated educational program for the circus arts. Secondly, kicking-off with its operations,“Tierra de Circo” has opened its doors as an umbrella organization representing and stimulating the growth of the circus in the region. At the center of all these initiatives, Festival Periplo is working in synergy with the community, and fostering models of cultural exchange and international collaboration for the contemporary circus to thrive. Altogether, local companies and independent circus artists are proving that contemporary circus in Guadalajara has come to stay and keeps growing in truly exciting directions. PhD Candidate, Writer -Mexico
Roy Gomez Cruz is a PhD Candidate in Performance Studies at Northwestern University in Chicago, U.S. His research ethnographically approaches contemporary circus communities across Canada, the United States and Mexico to examine the relationship between circus performance, artistic labor and professional identity. Currently, he is working with circus artists and collectives across national borders to create cultural platforms of collaboration and produce creative content. He also combines music creation and artistic performance with an active involvement with circus thinking, arts management and strategic communication.