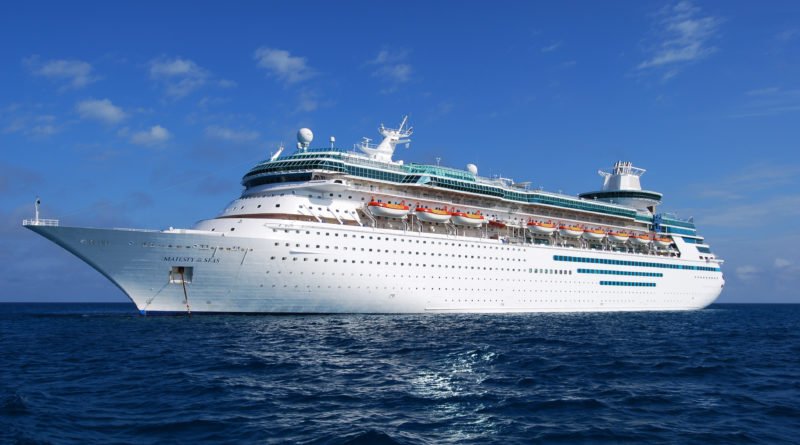 Performing on a cruise ship sounds like a fantasy job: exotic locations, lots of time off, and all expenses paid. But ask anyone who’s done it, and the picture gets a little more complicated. We asked a few veteran cruise ship performers to provide some tips for those considering entering the field.

Many circus and variety performers fantasize about working on cruise ships, especially when their hoses freeze in the winter or their trailers get stuck in the mud. Land a cruise ship gig, and you’ll get paid to enjoy many of the benefits that passengers save up for years to experience, often including unlimited restaurant and room service, sport and fitness facilities, hotel-style lodging and maid service, shows, casino and nightclub access, and of course travel to beautiful, exotic destinations. On some contracts, you won’t need to perform more than once a week. These benefits make the competition for cruise ship jobs intense, so we asked a few experience cruise ship performers for their tips for life at sea.

Cruise directors juggle a full schedule of passenger activities. Matt Henry stresses the importance of fitting your show to their schedule: “Be very clear. If they say they want you to do “25 minutes,” ask them whether that means no more than 25, no less than 25, or exactly 25.” Better yet, he says, ask them “what time do you want me offstage?” Generally, the cruise director or another ship representative will introduce your act. In addition to presenting you, they may include comedy, announcements, or band fanfare. If this introduction runs long, and then you do exactly the amount of time you promised, you may still get blamed for running long because by the time you finish, dinner’s already started. No matter how much they love your act, if dinner starts, some people will walk out, and no matter whose fault that is, your cruise director will not be happy.

Krisztina Eötvös and Szebasztian Richter, who carry six tour cases that weigh a combined total of 100 kilograms, remind new performers that nobody from the ship will be helping you with your baggage. You’ll have to get your own luggage onto your flight, out through the terminal, through the port agency, and onto the ship. The less you can carry the better. Most airlines publish luggage guidelines, and you can invest in a baggage scale.

Choose your luggage itself wisely too. Many performers invest in custom luggage that can serve double duty by converting into prop stands for the show. One fledgling performer told us he was so nervous about his first cruise ship contract that he packed his show trunk with every prop he might possibly want to use. When he got to the airport, the case exceeded the airline’s 100 pound limit. He started taking out props to try to re-distribute them in his other luggage, but the case still weighed too much. Finally, he weighed the empty case: 99 pounds!

On some contracts, you won’t need to perform more than once a week. Adam Kuchler says that while your official job description may include only a day of show run-through and two night performances, “the real job is to not go crazy.” Almost all of the performers we talked to mentioned struggling with loneliness at sea. Richter says: “we really miss the circus community feeling. On the ships, you can’t hang out after the show, have a barbecue, and chat with your friends.” To counteract the loneliness and fill time, take advantage of the tourism opportunities. While many Caribbean ports open only onto a tourist shopping mall, many European ports are right in the cities or a just a shuttle ride away.  Get out and explore.

If you can’t stand up, stand up for yourself

Even the largest ships are occasionally affected by rough seas. If you can perform on a moving stage, the cruise director will be grateful not to have to change the schedule, but if you can’t perform safely, you have a right to say you can’t appear until the weather calms down.

“Your contract starts when you leave the house,” advised Jonathan Root. “Even on the airplane, you might not want to tell a distasteful joke because you could be talking to a passenger who could give you a bad review if they get offended.” Once you get on the ship, that guideline becomes a mandate. Even when you’re offstage, “you are constantly on stage. You live with the people you perform for.” Adam Kuchler adds that accidentally offending someone with a joke isn’t the only risk. In fact, he avoids passenger areas altogether: “I’ve heard passengers saying terrible things, making fun of people with accents for example. As a representative of the company, you cannot engage in politics or sensitive topics.”

Remember, many of the passengers have been saving money for years for this experience. Berry says they want to “eat everything, see everything, live 200 percent. The passengers and staff have a high-energy edge, and you have to match that high-energy edge. People on the cruise director’s staff are some of the most high-energy people you’ll ever meet. They wake up at the crack of dawn, and yet they’re the last ones to sleep. It’s exhausting.” Remember you’re there to do a job. You can have fun on a ship without wearing yourself out.

Here’s another Rootberry luggage tip. Mark each piece of luggage clearly with your name, address, and phone number; don’t rely on the little paper tags from the airport. When you’re traveling on multiple flights, this can help immensely if your luggage gets lost or you need to retrieve it. Berry recounts one time when their luggage kept arriving at each port after the ship sailed, and they would have to have the airline send it to the next port. Root  recommends taking photos of your bags (and your passport) before leaving home. At least keep them on your cellphone, available to show authorities, and if you anticipate problems, bring a printed copy as well.

The ship’s other employees, including your boss the cruise director, won’t have the same priorities you do. In the circus, says Kuchler, “the show is the priority. We’re all on the same team. On the ship that is not the case.” Several of our expert performers even said they’re experienced resentment from other ship staff because of the perception that the entertainment department doesn’t “do anything,” meaning that performers aren’t required to work the same long hours that the other staff does. A cruise ship is mostly a giant floating resort/hotel. Most of the staff is overworked, and hardly anyone is there to support the shows. Be sensitive to your co-workers concerns, and stay focused on your goals. “Do your job well,” says Kuchler. “Take care of yourself and your career.”

We’d say that’s pretty good advice for us all.

Related Content:  How to Land a Life at Sea and  Life At Sea – Part 1.