One Step Closer to Circus Being Recognized as an Art Form 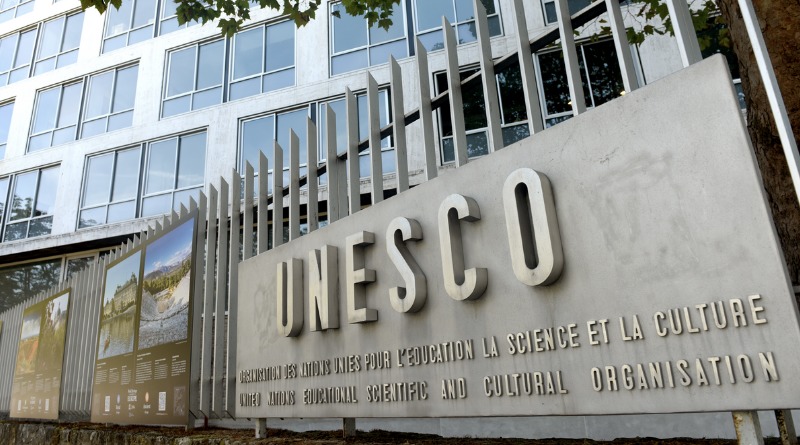 What does UNESCO, the UN’s educational, scientific and cultural organization, have to do with circus? A lot, lately. UNESCO’s Intangible Cultural Heritage initiative is an important tool for the international circus community’s ongoing effort to have circus recognized as a stand-alone, legitimate art form under socio-economical terms. When national and regional circus communities around the world struggle with lack of funding, it is mostly due to the fact that circus is not even listed under their region’s performing arts funding options. UNESCO’s re-examination of the term “cultural heritage” may benefit circus and bring a change that we are all hoping for.

Since the early 2000’s, UNESCO has been changing its approach to the content of cultural heritage. Cultural heritage doesn’t only mean monuments and collections of objects anymore, but it also includes traditions or lived expressions inherited from our ancestors. In UNESCO’s new definition, the performing arts, as a vehicle of cultural heritage, finally got acknowledged. The 2003 Intangible Cultural Heritage Convention was ratified by 178 countries.

In 2012, the Fédération Mondiale du Cirque, whose core mission is to preserve and promote circus arts and culture worldwide, saw an opportunity for the circus arts in UNESCO’s new approach and launched its “UNESCO Project.” The project aims to ensure that circus arts are included in the Representative List of Intangible Cultural Heritage of Humanity of UNESCO through a multinational application process.

We had a chance to talk to Zsuzsanna Mata, the Fédération‘s Executive Director, former director of the European Circus Association and the leader of this project and asked her about the impact of the UNESCO initiative on the international circus community.

AH:  Tell us a little bit about the timeline of this project. When did it start and what were the major milestones up until today?

ZM: First of all, I would like to emphasize the role of the professional circus organizations. Thanks to the work and lobby-activities of the European Circus Association the European Parliament approved a resolution in 2005 whereby it is stated that traditional circus arts are an essential part of European Culture.

AH: What was the tangible impact of this resolution on traditional circus in Europe in the past 14 years?

ZM: No one ever considered the classic or traditional circus, to be anything but wholesome family entertainment. However, EU Parliament’s official recognition and designation as an “essential part of European culture” certainly raised the public’s awareness and appreciation for this European-born performance art. That resolution opened the road for representatives of the European Circus Community to represent the specific interests of their sector in the decision making process at European level. But it had positive impact at national level, too, in some countries. The process to acknowledge circus as an art-form has been accelerated. 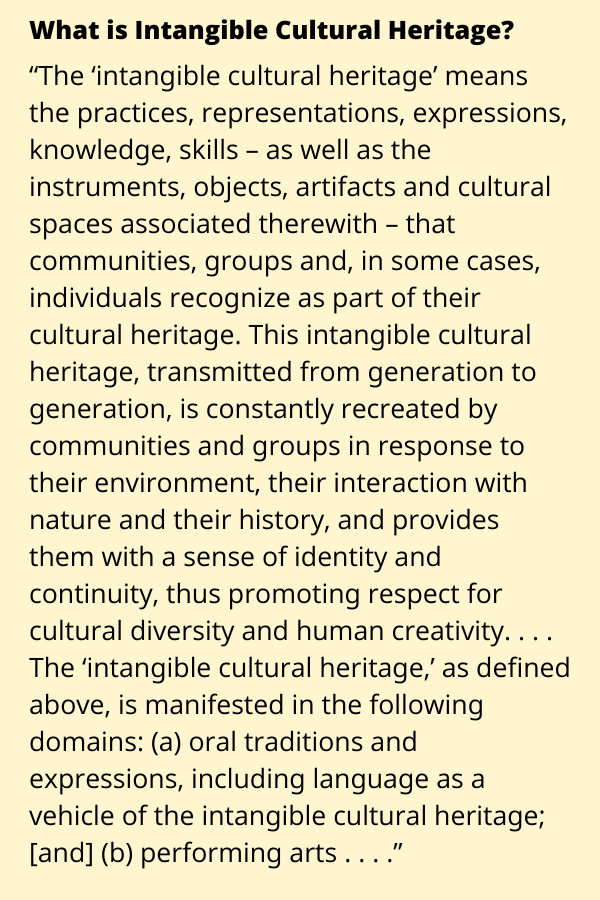 AH: Is the European Parliament’s work primarily focused on traditional circus or circus arts in general?  How do they include and incorporate contemporary circus into this initiative?

ZM: The EU Parliament Resolution, much like values guiding the work of the Fédération Mondiale du Cirque, recognizes all circuses and circus performances as legitimate, and worthy of being appreciated as an independent performance art-form. The legislative work in the EU Parliament does not distinguish between different types (styles) of circuses.  It is important to note, however that the process towards the international recognition of circus arts as intangible heritage has no direct contact with the European Parliament.

AH: How many countries have gain recognition of its circus heritage by the Intangible Cultural Heritage (ICH)?

ZM: The Netherlands was the first country to have its circus arts included into the National Inventory of ICH of UNESCO in 2013. Hungary was the second country to gain ICH recognition in 2016, followed by Finland in 2017. In Chile, circus arts were accepted in the pre-register of the National ICH Inventory in 2019 and its Cultural Ministry will select the items from that “basket” for final listing. The Cultural Committee of the Chamber of Deputies of the Parliament in Mexico voted as well to start and carry on the national ICH procedure in 2019. In Wallonia/Belgium, the application process also began in 2019 and the dossier is expected to be completed in 2020. China is among those countries where circus arts are already in their national register of ICH.

AH: How can a country apply for this UNESCO qualification? What are the prerequisites, requirements and procedures for application?

There is a precondition: circus arts must be included into the national Intangible Cultural Heritage Inventory of each country that is willing to join as participant of a multinational application or the registration procedure has been started and on the way. Additionally, the circus community (individual circuses, circus groups, etc.) must have sufficient political and financial backing in each country on the application. It is a long and complicated process that takes time to complete. Receiving such recognition is possible only through very close collaboration among all the stake holders of the circus community in each country; along with the help of the national UNESCO office and the indispensable support of the government. The multinational application procedure is slightly different. It needs coordination at different levels with the participant countries. To assure that the process of the preparation would be the most efficient one of partners has to take the lead in the coordination. The Intangible Cultural Heritage of UNESCO at international level includes three main categories: (1) list of Intangible Cultural Heritage in need of urgent safeguarding; (2) representative list of the Intangible Cultural Heritage of Humanity; and (3) register of good safeguarding practice.  Our goal is to get listed in the representative list (2). At the final stage of the multinational application process a well-documented dossier has to be supported by illustrations, photos and videos. The annual deadline for the application submission is March 31 every year.

AH: What support does the World Circus Federation provides to countries who want to apply?

ZM: The Fédération Mondiale du Cirque launched a massive campaign with the help of its members throughout multiple national circus communities since 2012 encouraging them to investigate the registration procedure for Intangible Cultural Heritage, which usually differs country by country. There is a UNESCO office and a responsible collaborator for Intangible Cultural Heritage in the countries that ratified the Convention. Fédération Mondiale du Cirque also makes itself available to offer both theoretical and/or practical help to individual circus communities throughout the application process. More specifically, Fédération Mondiale du Cirque can assist applicants on three levels, such as intergovernmental, UNESCO representative, and circus community.  Just an example: the first bilateral meetings at the level of UNESCO representatives of the potential partners (Hungary, China, Finland, Chile, and Mexico) were carried on in December 2019. Hungary volunteered to take over the lead on coordination between the parties in the elaboration of the final dossier of the multinational application.

AH: Tell us about this next big milestone, the multinational application.

ZM: Fédération Mondiale du Cirque can provide as said practical and theoretical assistance, but Fédération Mondiale du Cirque is not an applicant. That’s important. As to the participants:  first each national government of the potential partners mentioned before has to confirm their readiness to take part in the multinational application. Then the actual work is done at different levels but all steps are interrelated. It’s a time consuming process, and it’s still too early to speak about deadlines as we are at the beginning of the coordination. If there will not be major obstacles on the way I hope that in 2 maximum 3 years we will be ready with the presentation of the well documented complete file. With more participants/partners we are stronger, the content of the dossier is more complex and that increase the chances to reach the final recognition. It’s a challenge to put together such an application which offers answers to all possible questions which might arise during the discussions in the committees and the General Assembly of UNESCO during the decision making period.

AH: How many other nations are involved in the process?

ZM: The UNESCO representatives of all the countries named earlier expressed their willingness to take part in the multinational application, but the final confirmation is given by the respective governments from each country.

AH: In your opinion how would the acceptance of this art form into UNESCO’s intangible cultural heritage impact the future of circus arts in the next 15-20 years?

ZM: The circus is a universal performance art form that is celebrated in myriad cultures around the world. It doesn’t need official governmental recognition to be popular and enjoyed by countless millions of fans. However, the official steps taken by the EU Parliament and eventually by UNESCO to preserve circus arts, as well as recognizing that it plays a very important role in our shared cultural heritage, will only help elevate circus arts to their rightful place as a legitimate, independent art-form,  one not only celebrated, but practiced more and more throughout the world.

AH: How do you see such acceptance would translate into practical opportunities for artists who are the engines of this art form?

ZM: The Fédération Mondiale du Cirque’s UNESCO Project has already brought the first fruits at national level. If the multinational application is a success, it will increase the prestige of all circus arts worldwide and artists, hopefully in a better position, continue raising its general appreciation by gaining recognition of the circus in its diversity. This could lead to practical opportunities for circuses and artists around the Globe.

AH: Do you see this acceptance primarily impacting traditional/classical circus?  What would be the benefits for contemporary circus?

ZM: Eventual recognition will help to assure that the traditional, or classic circus that we all grew up loving, will be protected as a vital cultural entity for years to come, while supporting emergent contemporary circus companies, artists and troupes at the same time. Co-Founder -United States
Andrea, Co-Founder of CircusTalk, is a fifth-generation member of a European circus family. Prior to CircusTalk, she worked in advertising and in performing arts management, and among others she was Assistant Producer at Lincoln Center’s family series “Reel to Real” in New York City. Andrea holds a BA in Business Administration and an MFA in Performing Arts Management.

Related Content: How Was Circus Culture Accepted into the National Inventory of Living Heritage in Finland?

Andrea, Co-Founder of CircusTalk, is a fifth-generation member of a European circus family. Prior to CircusTalk, she worked in advertising and in performing arts management, and among others she was Assistant Producer at Lincoln Center’s family series “Reel to Real” in New York City. Andrea holds a BA in Business Administration and an MFA in Performing Arts Management.