Who is Doing Circus in Italy? Censimento Circo Italia Project & Its Impact on the Field 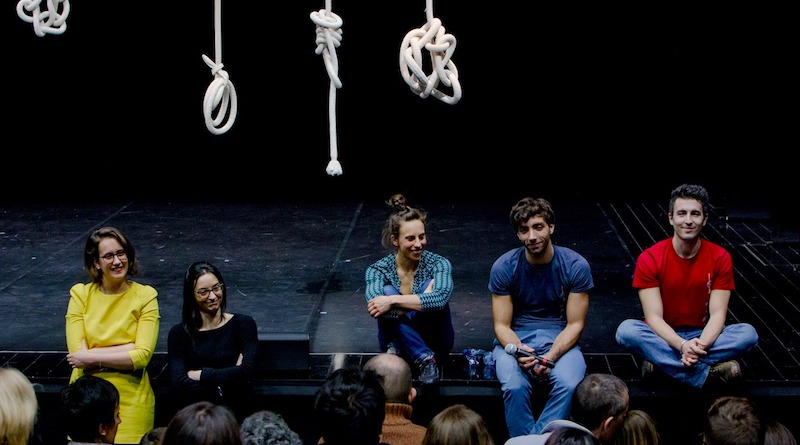 If you come to Italy and mention the word circus, many people would still go for “Oh! Lions, ringmaster, elephants! The tent!” It sounds unreasonable, but last October the arguments under an Instagram post[1]of the City Council of Bologna shows a reality not far from such a crazy conjecture. 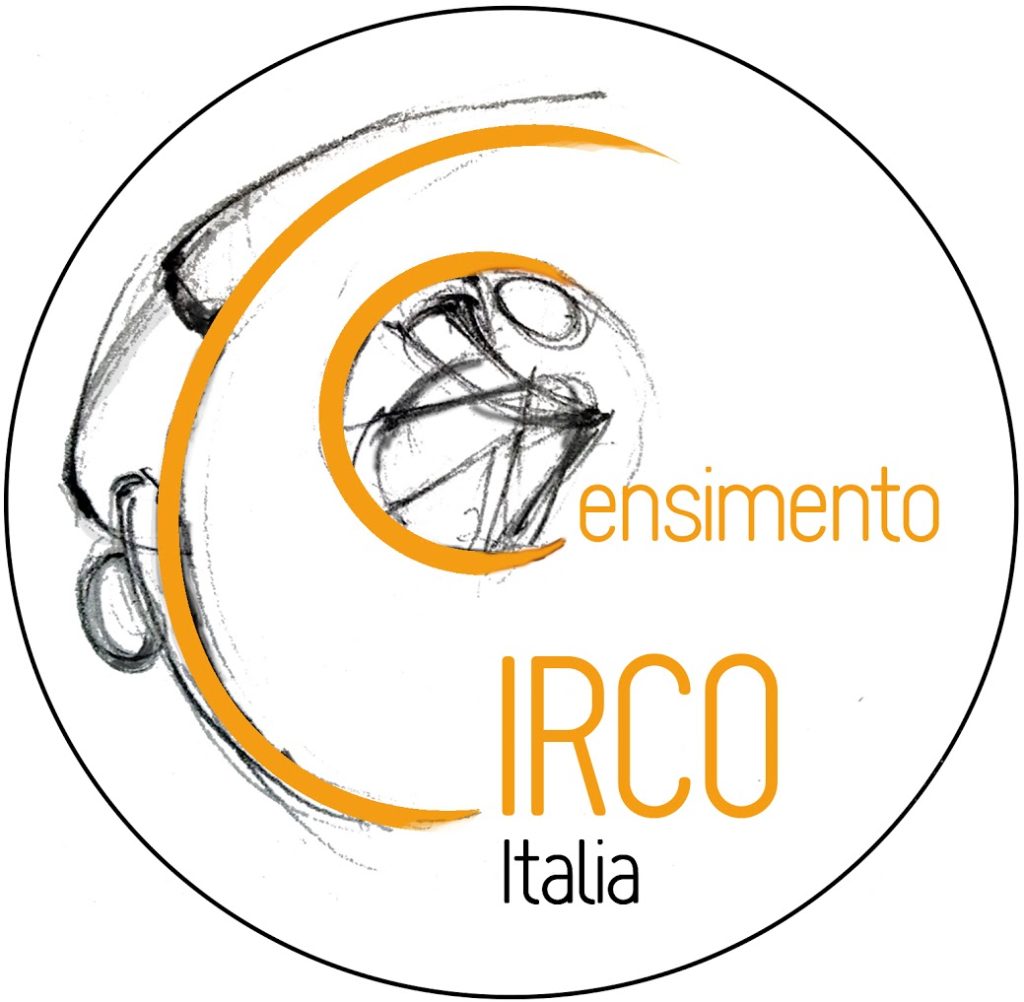 The facts are the following: in the last few years in Italy a small number of contemporary circus artists with international experience decided to give new meaning to the traditional tent. MagdaClan, Side Kunst Cirque, Circo Paniko, Circo El Grito are just a few examples of those. In 2017, these companies decided to gather in Bologna and create Città di Circo, a brand new experience: a spontaneous and self-funded festival where the Italian contemporary circus tents build a “city of circuses” and give free shows to the audience. In a country where  public funding for contemporary circus has witnessed a remarkable increase in the last few years but it is still far from other European standards, [2] Città di Circo proves to be a great example of active citizenship and spectatorship: the organizers are volunteers, food is self-made and shared, and the spectators pay what they can for each shows.

This year the premiere of Città di Circo was in Bologna Piazza Maggiore. The mere view of a tent in the middle of the main square of the city fostered a high wave of unjustified hate speech and anger toward the circus people who were assumed to be “exploiting animals” and making “exotic animals suffer.” When the organizers, exhausted by days and days of comment moderation, started answering ironically that “in our circus the only animals you will see have no hairs and two legs” (i.e. humans), lots of people did not even get the joke. This episode shows one thing: compared to other countries where circus is seen as a mature performing art, in Italy, circus still suffers from an old and strong bias. But what is the actual state of things? Is the Italian panorama monopolized by traditional circus companies? Or is it just a matter of perception?

In 2015 Gaia Vimercati and Filippo Malerba, organizers and members of Quattrox4 (a circus organization based in Milan, Italy) wanted to discover more about the situation in Italy. Their research question was: who is doing circus in Italy in 2015? And how? Seeing the difficulty in finding straightforward answers, they decided to study the field together and do the first official circus census. This is how the project Censimento Circo Italia was born.

Censimento Circo Italia(2015),which did not benefit from any grants (public or private)[3]was an independent project with the aim of creating the first map of the Italian companies doing circus. Its primary purpose was to involve all Italian subjects in order to build a shared identity of the Italian circus scene and to promote its collocation on a European and international level. On the one hand,Censimento Circo Italia had the quantitative purpose of knowing how many companies were doing circus in 2015, and on the other hand it intended to engage the companies in reflection about their approach to the heterogeneous world of present-day circus. The first Censimento focused only on circus companies (and not schools, festivals, etc) intended as “any recognized subject that has produced at least one show, thus enriching the diverse panorama of circus intended as a performing art”.

How to Make a Circus Census in 5 Steps

Censimento Circo Italia was intended to be open to all of the circus companies who bring circus disciplines to the stage, thus contributing to the development of circus as scenic language. The circus companies[4], could be either individual ones (made by one person), or collective ones (when they are made by two or more people, whatever roles the members are). Despite the narrow focus, “Italy” was not to be intended as a mere geographical reference but as a feeling of belonging. This is to say that a company can look at themself as “Italian” and thus fill in the questionnaire even if most of its members are not Italian, or if the company is not based in Italy. As far as the purposes are concerned, Censimento Circo Italia project:

Censimento Circo Italia’s data collection was carried out through an online questionnaire available on the Internet for a span of four months (1 November 2015 – 29 February 2016) The online survey was made of 35 questions divided into 6 sections:

As Censimento Circo Italia was conducting qualitative analysis of the field rather than a just a “quantitative” one, only the questionnaires that provided sufficient information of the company were considered valid (50% of the questions).
In order to reduce the number of non-valid or incomplete forms submitted, the companies were personally solicited and asked submit them anew. Nonetheless, some of the forms turned out to be not valid.
Each company could fill the form more than once and edit it, if needed. When two or more similar forms were detected in the database, the companies had to state which of the questionnaires they wanted to be considered for the case study.
The artists working in two or more circus companies could fill as many forms as the represented realities. This turned out to be a frequent case, for instance, for artists performing as individuals as well as a collective company.
All the questions could be expanded with further opinions and proposals.

4. PROMOTION OF THE SURVEY AND DISTRIBUTION

The overall results of the survey were summarized through charts and infographics.
The most significant open answers were written in the report and all the forms. Every form could be consulted upon request.
Significant results: what did we find out?

In Italy , 100 companies answered the survey, but the valid questionnaires were 80. So Censimento Circo Italia is the outcome of the answers given by 80 companies submitting the questionnaire correctly. Unfortunately, it is not possible to state the significance of this datum compared to previous years as this is the first case study.

DID CENSIMENTO HAVE ANY IMPACT ON THE FIELD? WHAT IS HAPPENING NOW?

FINAL CONSIDERATIONS: WHAT DID CENSIMENTO LEAD TO AND WHAT CAN BE DONE?

Since 2009-2010, the circus panorama has been rapidly changing. Censimento has to be done on a regular basis in order to make a comparative analysis useful in the long term. Censimento is not sustainable if it is self-funded. It needs to be funded by the State or impartial sources. It could be used  as a worldwide model for a circus census based on the data collected by the single nationalities. Imagine if each country did a national circus census!

The final and most compelling question is: what has the Censimento Circo Italia experience taught us? The bad news is that there is much to be done and that it might take energy, time and money. The good news is that through cooperation and hard work, we can all make it. Academic, Cultural Project Manager -Italy
Gaia Vimercati (1990) got a MA Degree in Comparative Literature at Trinity College Dublin and a BA degree in Modern Languages and Literatures at the University of Milan. She works as a cultural project manager for Quattrox4, a circus organization based in Milan which promotes contemporary circus through its practice (courses, seminars, residency programs) and its vision (shows, work-in-progress presentations).
Together with Filippo Malerba, she created CENSIMENTO CIRCO ITALIA (2015), the first map of circus companies in Italy. Since 2017 she is the curator of FUORI ASSE- circo contemporaneo a Milano, a showcase of contemporary circus shows organized in cooperation with theaters in Milan. Her main research topics revolve around the relations between contemporary circus and dramaturgy. She was among the contributors of Semiotics of the Circus (2015) and in 2018 she attended the project Research Creation Methods in contemporary circus at Concordia University (Montreal, Canada).
You are about to enter a members-only zone.
To share this article on your CircusTalk member page and connect with circus professionals from all over the world, sign up now. It's free!
Sign Up
Already have an account?
Log in