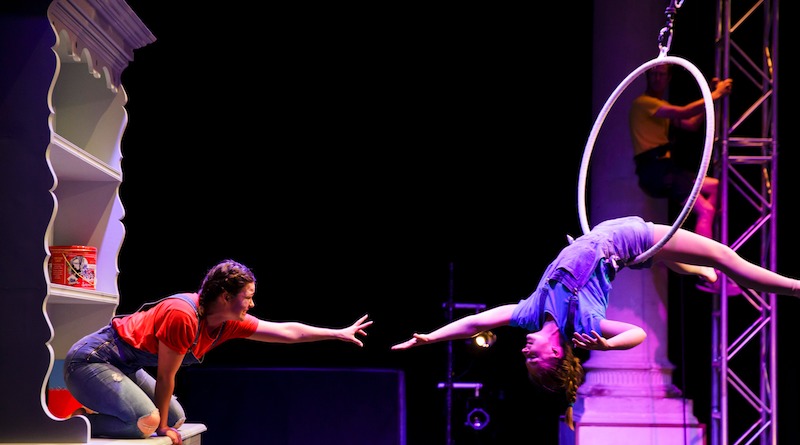 Circus City – the UK’s biggest festival of contemporary circus – returns to Bristol from October 17 to November 2 with an ambitious, events-for-all, programme combining music, film, dance, and spoken word with an array of international circus skills.

Among the companies taking part this year will be Finland’s Jäntti & Venna in a new work combining original music and aerial acrobatics; Australian Paralympian Sarah Houbolt (Australia) in a show inspired by the long banned 1936 film FREAKS; the BAME heritage Femmes from the Hive City Project in a sturdy satire tackling race and sexuality and the award-winning Ockham’s Razor exploring time with a cast aged from 13 to 60.

Other attractions will include cinematic storytelling from Belgium’s Company Menteuses; Hallowe’en spookiness from The Invisible Circus; and Plink and Boo (UK), putting on a playfully interactive show featuring toys, clowning, acrobatics and laughter for under-fives.

The biennial festival’s performance line-up offers: prices starting at £8 (£6 concessions), choice of workshops, masterclasses, and talks and discussions will be added to the programme as the festival draws nearer.

For more information about the Circus City Festival, visit their Event listing on CircusTalk.